Oh sweet Lordy. I love this country. Take away the fact that it's piping hot and there's never a cloud in the sky. Take away the fact that the Arab world has a bad rep and what do you have? An awesomely awesome country. Now I hear a little yelling in the back there shouting about that it isn't a democracy, the women are forced to cover up blahdy blah blah. But hold on folks. Actually, what this means is that nobody is poor, everybody has the right to an education (including women and they get it), everybody has the right to health care and they get it, most of the women want to cover up as a respect to their bodies/husbands and there is no crime. Literally no crime!

Can I go on record and say that the sheik, however rich the dude is (and having seen his camels I can tell you, the dude is rich) loves, loves, loves his countrymen and his country. And this is THE important factor when it comes to non democratic lands.

For those of us who live in a democratic world I ask you this. Do you really feel like your rulers listen to your needs? I ain't talking about needs as in crackberries and designer clothing. I'm talking about your health needs, your educational needs....really, do they? In my heart of hearts I say no.
I'm not saying that democracy is bad, it's all gravy when, the rulers actually do right by their people and not squander the people's money or, only make laws when it benefits backers back pockets. What I'm saying is here, it works. Just because it's not like other 'western' countries you shouldn't just pass it off as wrong or bad.

Not only that but it's tan all year round, food is amazzzzinggggg and well, your surrounded by water (no one mention the word tsunami).

- Posted using BlogPress from my iPad

In the middle of somewhere


Yes, so I know I'm late and I know that I'm rubbish at making all my spaces into lovely beautiful areas but, I have not found one, not one tutorial that speaks human! So firstly a cry for help...I want to learn how to make my blog pretty, flowing and so my pictures don't appear blurry (click on them and they come up a beaut!). Help me please, I'm doing this from an iPad on blogpress.

Second off, I'm in Kyrgyzstan...have you heard of it? I certainly had not but don't be fooled people, this country (formerly Soviet owned) is stunning. Big sprawling mountains tempting you to walk up high to reach the snow peaks, amazing dessert land where floppy eared donkeys roam around together and salt water lakes that never freeze surrounded by sandy beaches. Somewhat Bavarian forests and Swiss chalets give the whole country a feeling of not knowing where it is itself.
Speak to the people and it's either in Russian or Kyrgys...like I speak those! But friendly and charming they are. Similar to Mexico in that there are no rules on the road, fresh produce can be bought on the sides of the road and things are cheap, it's literally a great place if your outdoorsy.
Posted by Unknown at 05:23 No comments: 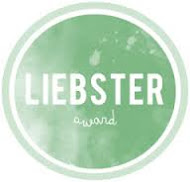